(November 1, 1858 – August 26, 1957)
Was a Canadian geologist, cartographer, and mining consultant. He discovered dinosaur (Albertosaurus sarcophagus) bones in Alberta's Badlands and coal around Drumheller in 1884.
Canada's Royal Tyrrell Museum of Palaeontology in Alberta was named in his honor.

Went looking for Coal, but found something else.

Many of the models are impressive.

We took a lot of pics in here.

You may have noticed my Blog is in a state of ... kerfuffle.
CHANGE.

After several years I've finally decided to upgrade things.
So I asked my Son-in-Law Ray,
who happens to be a champion Blog and Website designer,
to help me out.

I've given Ray full reign to do whatever he thinks will work:
Therefore things will be in a state of upheaval 'round here for a bit.
But Fear not!
It will all come together ...
shortly?

This virtual tour can be a bit awkward to navigate,
but if you click on that box in the bottom left hand corner
it will beam you to places around the museum and area.

Just inside the entrance:

Get a T Rex T Shirt:

Exhibits are continuously being added and expanded.

Despite the popularity of Dinosaurs, some people feared that nobody would come all the way out to Drumheller to see this. Since it's opening in 1985 more than 13 million visitors have come from over 150 countries. They were wrong.

Found this in my files.
Liked it.
Showing it.

Our trip to Chichen Itza was a true highlight of this lifetime.
If you get the chance to see any of this stuff for real ...

WIz 1 ... without his Crystal Ball

Many years ago my niece Sarah made a small figurine for me. I called him Wizard. Wizard accompanied me on my many trips and moves - quietly gracing my desktop. But in my journeys, he also took a heck of a beating.
I lost his Crystal Ball (shameful!) and broke his Magic Staff (doh!).
These are two really bad things for a Wizard.
A Wizard without his Crystal Ball and Magic Staff is like a soldier without a rifle. Almost useless.
Something had to be done! Wizard needed to be fixed.
I sent out the call to Sarah:
Please fix Wizard!

Sarah immediately responded, expressing astonishment that I still had Wizard at all!! after all these years!
She then determined to go beyond merely repairing Wizard and would create a whole new Wizard for me!
I didn't expect such a generous offer! But happily accepted.

A week and a half later Wizard 2 arrived in the mail:

Look how Wondrous he is!!!
Amazing!!!

Wiz 2 is substantially bigger than Wiz 1!
And I discovered something magical about Wiz 2:
When I went into my office the next - and before I turned on the light ...
This is what I saw! :

I don't how Sarah pulled that off, but it's really cool.

I'm not about to abandon Wiz 1 though.
I now realize I can fix him myself.
All I need to do is to find a Magic Staff and a new Crystal Ball.
Hmmm ...

I wonder if I can find a Crystal Ball that shines in the dark also??
We'll see.
The Staff might take some searching
But I'm optimistic.

On the way to the Royal Tyrell Museum you will spot The Little Church.
And, as Costner said in Field of Dreams, "I can use all the Karma I can get."

Did you know that early in is career Val Kilmer played Billy the Kid?
Betcha didn't.
That was in 1989 when Kilmer was 30 years old.
It was a made for TV movie by Gore Vidal?!

Wikipedia: "Vidal said in his memoirs that he had written the original teleplay for The Left Handed Gun, (1958) starring Paul Newman as Billy the Kid, decades earlier, and always felt the studio had butchered the material when his television play was used as the basis for a theatrical movie, so he wanted to return to the story for a more accurate rendition. At the time of his original teleplay with Newman, it was thought that the real Billy was left handed. This was based on a photo of Billy that had been inadvertently flipped when printed. Years later, the error was discovered—Billy was right handed."
MFW: Tintype photos are often reversed and need to be flipped horizontally for an honest image.

Kilmer has had an Up and Down career (to say the least.)
But along the way he's been in some notable Western style Movies.

Back a ways someone got the idea that he would colorize old photos.
So he did.
The results were quite spectacular.

It brought the photos to life.
Pretty soon a few other folks joined in.
And now we have a nice collection of colorized images.
Some photos from the Old West are particularly impressive.
Like Billy the Kid.

Interpretations vary.
But they're all good.
I've tried my hand at it, but not that easy.

Rose and I have stayed in a few B&B's over the years. Most have been excellent.
But it's not a cheap way to go.

So Rose found a B&B in North Drum(heller) in what I used call the "the poor side of town".
Some rough kids came out of there.
But us refined 'rich kids' (*sniff*) lived in the New Subdivision in East Drumheller.
I called us the "Subdivisionals".

Rose didn't know all of this important information when she booked us in at
McDougall Lane Bed & Breakfast.
Which caused me a bit of apprehension.
Would we get beset upon by vicious hooligans whilst eating crumpets in a crumbling shack!!!??
Hmmmm ...
We venture forth ...

Shortly I spot a sign craftily hidden in the bushes ...

Let's look around a bit.

I couldn't have imagined anything as amazing as this.

You know what?
I do feel kinda rich.

How do get rid of a Tacksaur?
Tackysaurs are occasionally vandalized by graffiti, and need to be repainted.
But that doesn't get rid of them.
One sure method is to ram them with your car.

But to be fair though, not all Tackysaurs are ... well ... Tacky.
Some are pretty good. Clever and funny.

Us fossils gotta stick together

That was a bit of fun and I'd say
Tackysaurs are generally looked upon with fond good humour.
Enjoy.

Alley Oop by the Hollywood Argyles

They started to appear in Drumheller in the late 50's.
And seemed pretty harmless at first.
Even amusing.
Then ... slowly, surely, more and more came.
By the end of the 60's it was too late!
The whole town was infested!

The Attack of the
TACKYSAURS!!

Strange, irregular beasts of every dimension and colour!
Blighting every corner, park and byway!!

Next: Attack of the Tackysaurs - Episode 2

I Talk to the Trees / Clint Eastwood For our American Friends:

Still Champions of the Free World.

From deep hurt to profound hope. 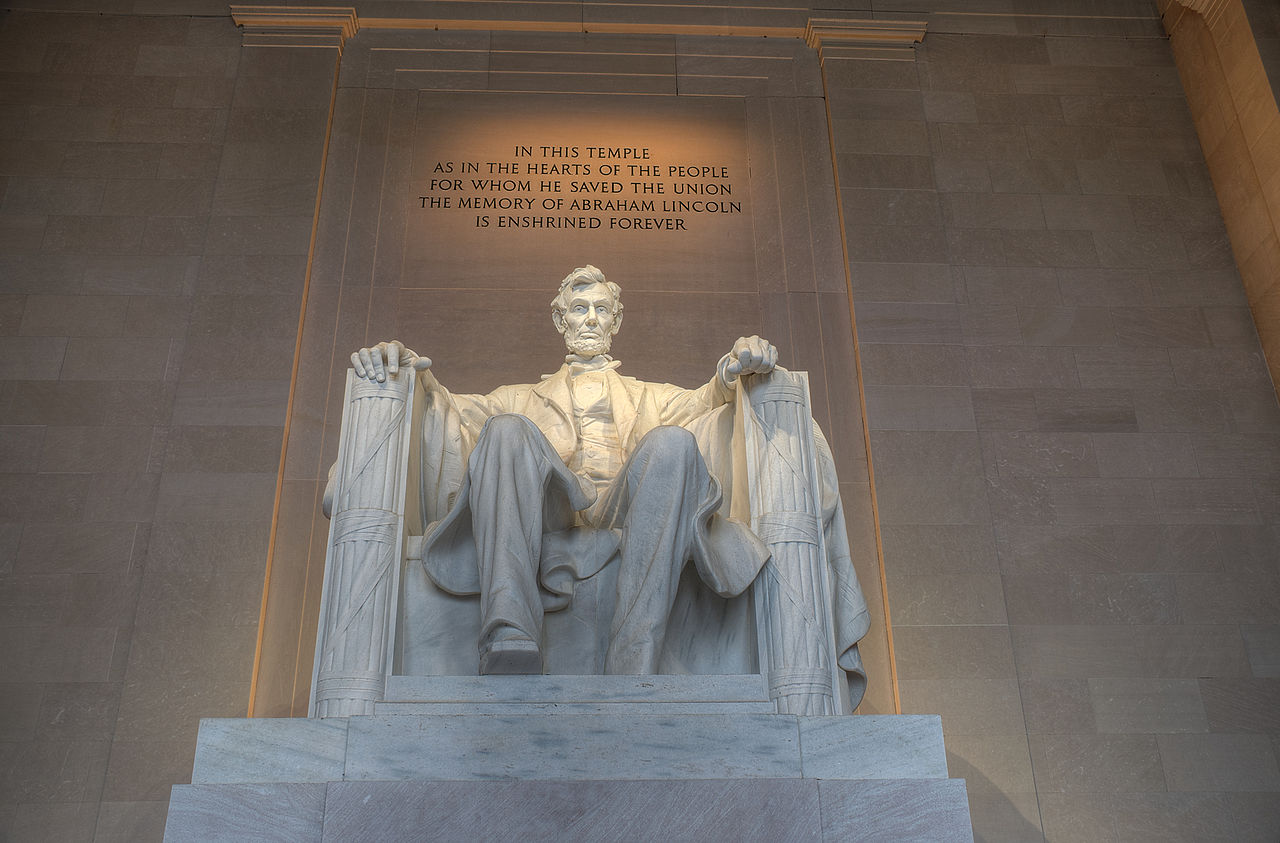 Let's get to work.

Welcome to my long - long time friend, Brigita Kmera.
You are most Welcome.

My sincere apology to others who have joined me here over the time,
but whom I have not extended an appropriate Welcome.
Your company is much appreciated.

Do not hesitate to comment.
There are no Demi Gods around here.

Don't misunderstand what I said yesterday.
Those who attacked the Capital must be arrested and taken to trial.

Likewise, I had been saying for a long time that Donald Trump is mentally ill.
It's been very evident that he is incapable of rational thought or debate.
Therefore unfit to be President
and should have been removed long before now.
Nobody seemed to be listening.

But since (President) Biden seems reticent to go along with
either Impeachment or the 25th Amendment
I then wondered if this stance wasn't a wiser way to go?
Since Trump would soon be gone anyway
such actions would not incense his followers to more violence.

Yet, to this very moment Trump has still not stated that
that the Election was not "rigged" or "stolen".

Therefore this situation will continue.

And who know what mischief he may still get up to even now?

Impeachment is necessary
as it will deny him any right to run any political office.

The 25th Amendment should have been invoked
long before now.

Why would a Canadian care so much about this?
Because I care for America and it's People.
Very deeply.

This has truly been a tragic and sad time.
There is much to learn.

From a political viewpoint, The United States of America
is still the Champion of the Free World.
If America goes down,
we all go down.

We can't let that happen.

Good will to all and may all events play out for the better.